Sat on a pair of bar stools in Huckletree West, Monika Kamycka is wearing a selection of dainty pieces, illuminated by the warm August sunshine. It’s the perfect way for East Acton-based jewellery maker to showcase her brand, Mona Pink.

The part-time ethical jeweller and part-time accountant began her journey in 2011. I’m impressed that Monika’s able to use both her head and her hands harmoniously. She agrees: “You work with your head and you work with your hands, and that keeps me balanced.” As logical as she may be, embarking on a new career wasn’t a calculated move. “It seems like everything in my life happens by accident,” she laughs. “I was given a voucher for my birthday from a friend to make my own silver ring,” she explains. “I just got hooked on the metal. You see how it reacts; when it heats up it comes alive and I just couldn’t get enough of that. I discovered a whole new world.”

Not only did Monika discover a new world, but an alter ego too, which you can see on the header of her website. “It’s Mona Pink. She’s not grown up. She can be an older woman, but not necessarily taking life seriously. She’s got that little bit of cheekiness.” Is Mona Pink to Monika what Sasha Fierce is to Beyoncé? “It’s a person outside of me. I always think, ‘Would she say that? Would she wear that?’”

Monika works exclusively with 100% recycled Argentium silver and enamel. She explains that Argentium has a different chemical composition from traditional sterling silver, and is entirely produced from recycled sources. It’s whiter than platinum, tarnish resistant, and hypoallergenic, meaning your skin won’t react to it. “I like how it behaves. I find the process of working with it rewarding, and I got addicted,” she says.

Despite the beautiful creations, Monika assures me that being a trained silversmith isn’t glamorous at all: “It’s a dirty job. I can’t grow my nails, but smashing and banging the metal is a good stress-reliever.” As a jeweller who makes all her own items by hand, being Fairtrade-registered is important to Monika. “I’m certain they’re not working with mercury with their bare hands, and I can sleep nicely at night.”

On the day we meet, she happens to be wearing her favourite piece. It’s the first ring she made, a brown circular gem set in silver. She twists the ring around her finger playfully as she talks. “It’s not perfect, but I wear it as a reminder of how I started.” The jeweller took a break from silversmithing as she struggled to balance her two occupations. “[The ring] really reminded me that I can actually still do this. I wouldn’t sell it.”

The inspiration behind her Luminous collection was architecture, which she feels lies within nature. “Nature has everything, all the shapes and lines you can think of. The feeling I was trying to evoke was calmness in understated jewellery. It’s simple, but it’s not. If somebody wants to see something simple, then they will. If they don’t, they won’t.”

Clients also have the option to design unique, one-off items with Monika, which can be challenging. “People know they’d like something, but it’s hard to get an exact idea of what they want because it’s in their heads, and I’m not there!” She laughs. Despite this, there is one particular client that she remembers fondly, a woman who wanted a non-traditional engagement ring. “They weren’t going to get married, but they wanted a symbol of their relationship,” Monika explains. “They had a story in their relationship about the film Nightmare Before Christmas, so the spiral in the movie had to be on the piece.” The jeweller was left with the creative freedom to work her magic. “She loved it. She was so happy. She sent me a picture of it on her hand and it was the best feeling ever. I was really happy to know that I’m a part of their happiness. Part of me is going to stay with them forever.”

WEST LONDONERS? WE’RE A FASHIONABLE LOT. FROM THE CARNIVAL QUEENS AND IT GIRLS TO THE FLAPPERS AND PUNKS, WRITER JOHN-MICHAEL O’SULLIVAN WILL BE DELVING INTO W11’S FASHION HISTORY THIS THURSDAY AT SECOND HOME IN HOLLAND PARK. PLUS, THERE’S A SERIES OF PHOTOGRAPHS TO BRING IT ALL TO LIFE.

We caught up with O’Sullivan to talk about all things stand-out, Vogue and of course, West London.

What have been the most stand-out moments in West London’s fashion history, and why?

There have been so many! But I do think that the story of how the Teddy Girls emerged. These young, working-class women rebelling against the prim-and-proper Fifties aesthetic, and inventing a style of their own, is fascinating. Likewise in the Sixties, when a generation of young artists and designers like David Hockney, Ossie Clark, Sandra Rhodes and Biba’s Barbara Hulanicki moved into the area, and formed this extraordinary bohemian hub. And for entirely different reasons, I’ll always have a soft spot for W11’s most famous (fictional) fashion residents, Edina Monsoon and Patsy Stone!

What were the key components behind W11 being the centre for such a rich fashion history?

I think it’s the district’s incredible diversity. Within this single postcode, there have been so many influxes of cultures and subcultures over the decades, from flappers to Teddy Girls to punks. And then, the fact that it’s been home to one of the most famous second-hand markets in the world for decades has meant that W11’s history is constantly being rediscovered and reinvented — that’s something you can see everywhere from Ray Petri’s styling for The Face in the Eighties, right the way through to Molly Goddard’s spectacular vintage-inspired dresses (which just won her top prize at this year’s BFC/Vogue Fashion Fund).

What current trends in W11 can be traced back?

I think, rather than a specific trend, it’s that eclectic, anarchic spirit — that blending of all the eras and aesthetics that have shaped the district’s culture over the past century.

This talk is part of a crowdfunding campaign to help publish the story of top 1950’s fashion model Barbara Mullen, find out more here.

Wanna book your tickets or find out more? Click here.

Handbag designer Jules Greaves founded her fashion label Susie in the Sky after her mother passed away – and named it after her. This morning, we talk motherhood, 5am starts and the challenges of running your own business… 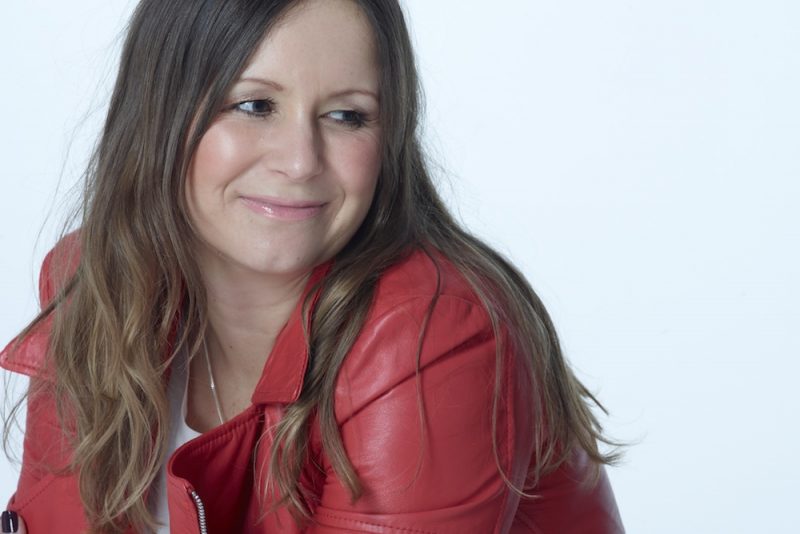 I caught up with my fellow Ghana girl fashion designer Jessica Baah to talk mornings with her four-year-old son Elijah, what it’s like to be a single mum, juggling a 9-5 job with running her own business and missing her family back home… 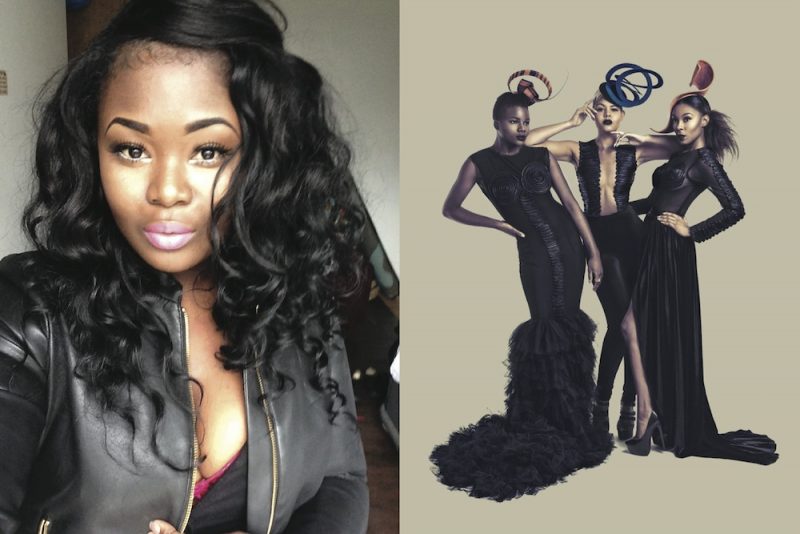 Ashley started out working in fashion for Debenhams before quitting the office job to be a hands-on mum. She tells me about life as a fashion blogger – and why she began documenting her post-birth outfits on her blog A Mother’s Edit… 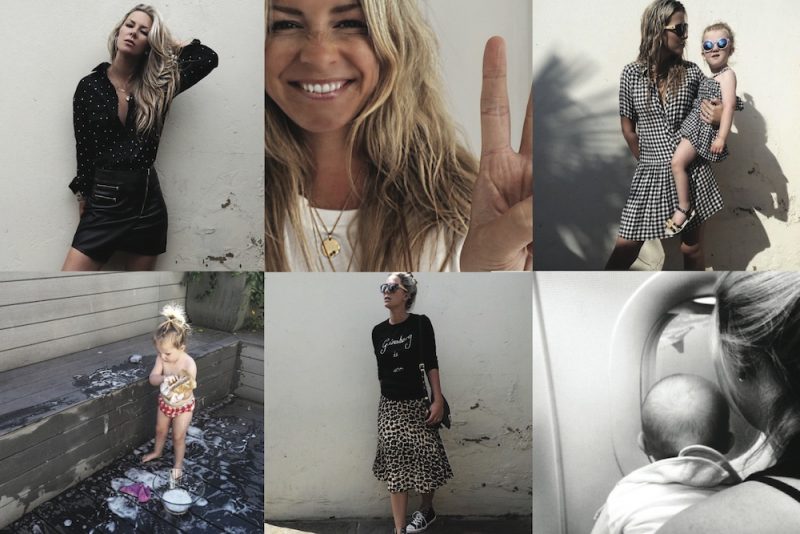