From its exterior, Mamounia Lounge Mayfair appears to be another sub-par shisha café, surrounded by a sea of hazy shisha smoke, clinking glasses and a legion of people outside. The elegant Arabian décor inside is a pleasant contradiction. As I was shown to my candlelit table, I took in a place resembling an upmarket nightclub. The waiter greeted me with a warm smile and made casual small talk before taking my order.

First up was the Caribbean breeze cocktail, a mixture of fresh pineapple, passion fruit and raspberries shaken with Appleton Extra, Flor De Cana and vanilla essence. The smell of alcohol was disastrously overwhelming, possibly because I’m normally teetotal. As I bravely took a sip, the sharp sting attacked my throat. My friend, a social drinker, also found the drink overpowering. The waiter was happy to provide us with a weaker version of Caribbean breeze, although the mixture of Flor De Cana and the squash-like fruit juices made this an unpleasant experience.

Our starter ‘Mamounia Arayes’, grilled pitta bread with halloumi cheese, fresh mint and dried chillies, arrived promptly. At first bite, my arteries screamed due to the unforgiving amount of salt and oil, it was a shame as I enjoyed the freshly made pitta as it momentarily masked the prospect of an impending heart attack. The waiting time between the starter and main course was at least forty minutes. However, it is understandable as adequate time is required for grilled meat to be thoroughly cooked, which I was more than thrilled with – I’m not an advocate of vampirism.

Finally, the mixed grill, including shish, chicken and lamb softie, arrived on what could only be described as a wooden slab. We decided to order a bowl of ‘Mamounia Special Rice’ too, brown rice fried with chermoula, garlic butter, peppers, pine, nuts and parsley. Unfortunately, I was disappointed by the blandness of the meats. As a predominantly Moroccan restaurant, my taste buds were eagerly expecting to be transported to an Arabian odyssey with tongue tingling, rich flavours, I could not finish the meal. The rice was light and flavoursome – the perfect accompaniment.

Overall, Mamounia Lounge is pleasing to the eyes, but will leave your stomach unhappy and your bank account £73.00 poorer. 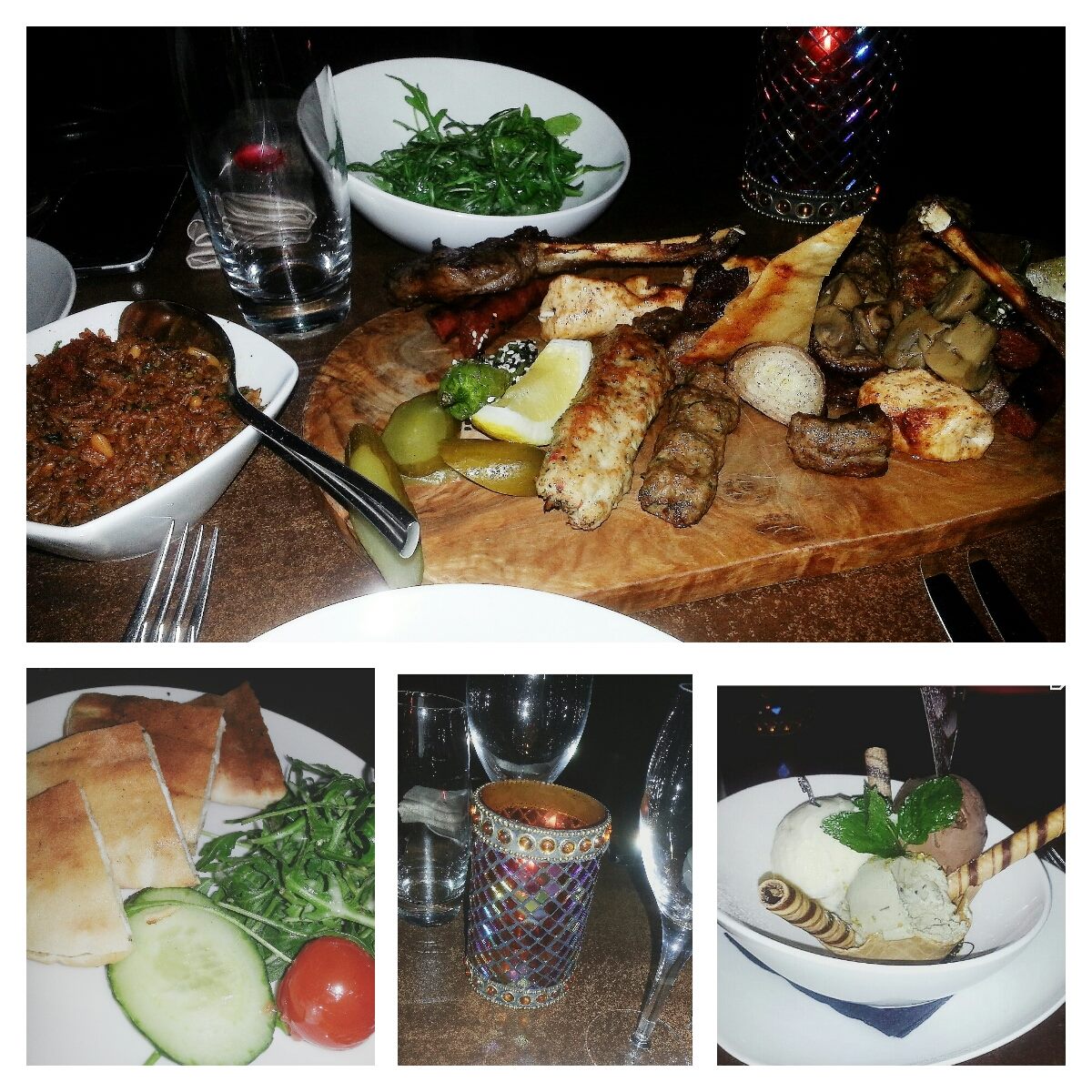