Ghana’s annual Party In The Park took place Saturday 3rd August 2013 in Trent Park, Enfield. The gathering is recognised as one of the biggest African events for the Ghanaian community in the UK and attracts over 6,000 visitors in the UK ,surrounding European countries and America. The event is a real celebration of the real beauty of Ghanaian culture. Described as a “fun family day out”, Akwaaba UK ensured there was something for everyone – young and old. This included poetry, cultural dancers, a live band, fashion shows, bouncy castles, ice cream vans, face painting.

Ghanaians are well known for their great hospitality and this was second to none. Luckily, I had purchased a ticket prior to the event so I was able to beat the lengthy queue and given a stamp which read ‘Akwaaba’ meaning ‘welcome’ in Twi, an Akan language spoken by 58% of Ghana’s population. This welcoming aura had manifested which was evident by the different nationalities and smiling faces that could be seen throughout the park. As I entered, I was greeted by the sound of traditional Ghanaian drumming before witnessing the female dancers as they moved effortlessly to the beat. As a woman of Ga heritage, their swift movements and gyrations were evocative of the Kpanlogo, a dance created by the Ga of the Greater Accra region used to entice and distinguish the young generation from the elders. As an audience member, I was completely enthralled while the smooth saxophone undertone added a classic bearing to the performance.

Food was in abundance. Being of predominantly Ghanaian heritage I have grown up with full awareness of the many dishes that Ghana has to offer as each region is known for certain delicacies. The Gas and their love of kenkey with kpakpo shitto alongside tilapia, Akans and their fufu and okro soup and Krobos of the Eastern Region with their love of joma (green plantain).Guests were treated to jollof rice with a choice of accompaniments, banku with fresh grinded pepper, charcoal grilled kebabs and chicken and fried yam to name a few. Additionally, my favourite Ghanaian pastry bofrot (also known as togbei) was on sale as well as plantain chips and Ghanaian cakes. The cuisine wasn’t limited to Ghanaian exclusively but reached out to the wider Black community with Nigerian suya kebab and Carribbean jerk chicken and ackee and salt fish among other entrée.

The occasion served as a platform for networking and advertisement as business representatives came to sell not only food, but hair product, clothing, cupcake, drinks such as Ultimalt and subscriptions for Ghanaian television. The express fufu struck me particularly as the thought of consuming fufu that has been made in 2 minutes and mixed with a cake mixer is highly unappealing. The current Miss Ghana UK 2013 attended alongside the runners up while the 2014 finalists promoted the final ceremony. All the ladies were dressed to impress.

In terms of musical genres, party goers were spoilt for choice. Ghanaians love to dance. Funky House, Hip-Hop, High-life, Afrobeats, Garage were on rotation with a segment from BBC Radio 1’s Tim Westwood which really gave the crowd a rush of excitement as they sang along to Drake, Lethal Bizzle, Wizkid and R2bees amongst others. Mista Silva, Flava and Kwamz hit the stage, as well known artists in the UK Ghanaian community, spectators screamed at the top of their lungs. The penultimate performance was led by the rather attractive E3 Brothers who were forced to overcome a technical difficulty. Luckily, this worked favourably as I was able to appreciate their harmonious musical skills which the audience (particularly the visibly excited ladies) lapped up. Fuse finished the event with his song ‘Antenna’.

Ghana Party In The Park 2013 exceeded all my expectations, a perfect blend of the UK’s Ghanaian society with the key fundamentals of Ghana’s tradition. The gorgeous weather was reminiscent of

Ghana’s own sunny climate which amplified vibes of positivity. I will definitely be present at Ghana Party In The Park 2014 and I hope you are too. 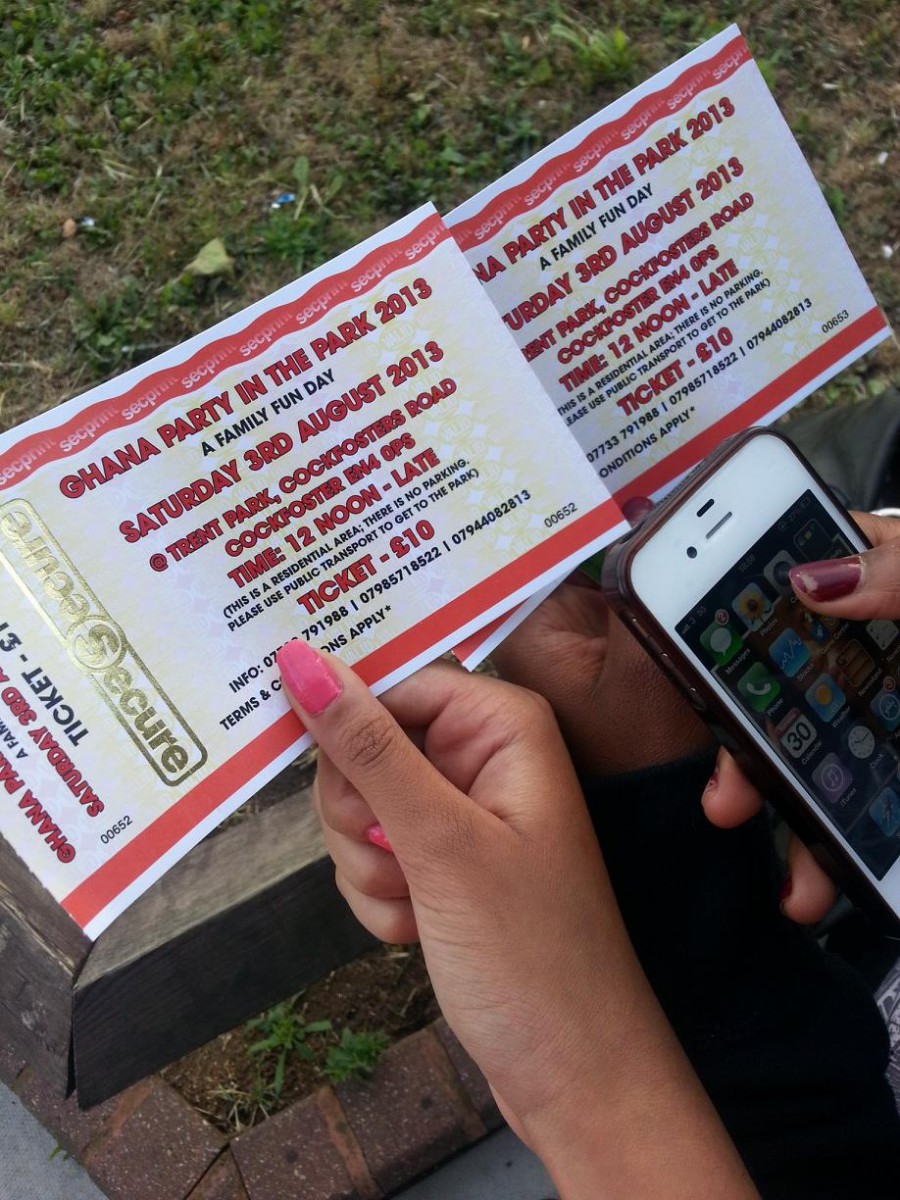 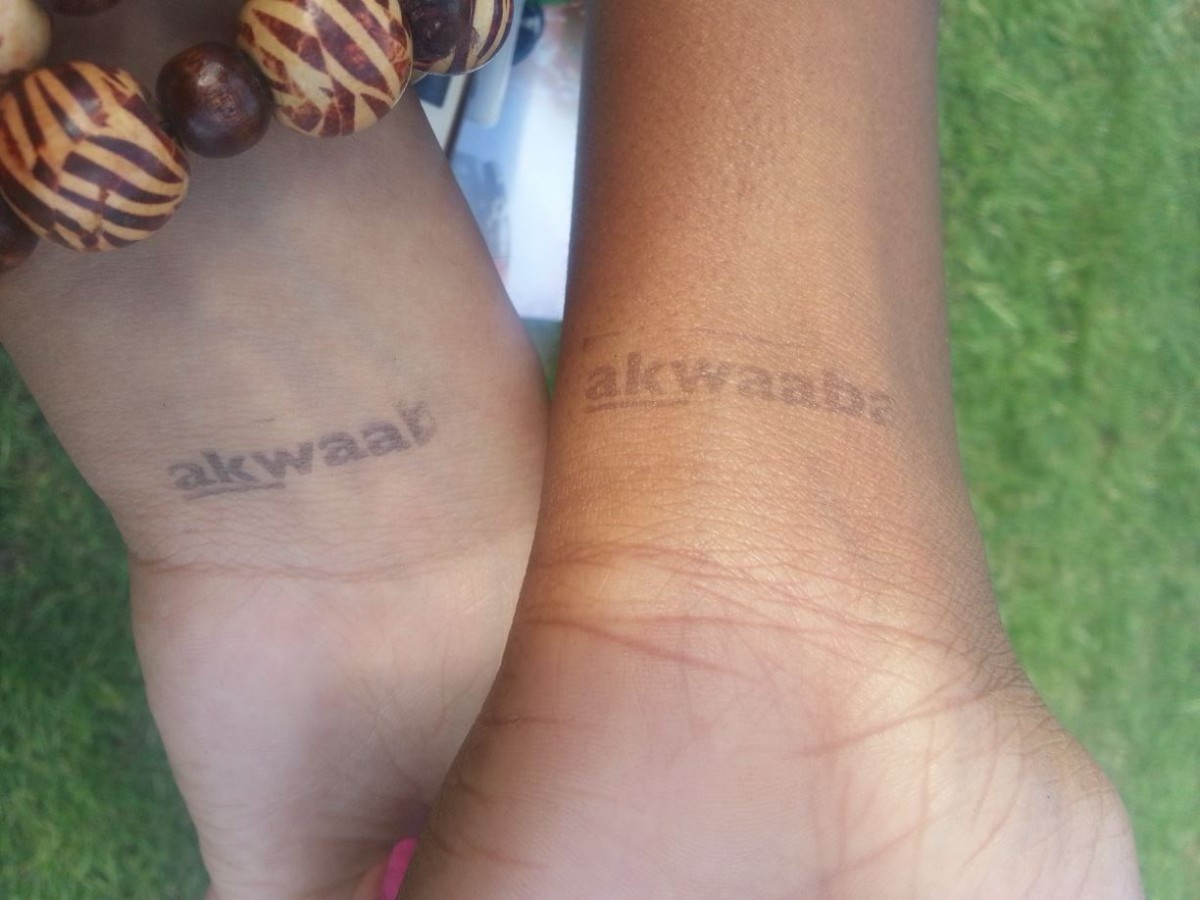 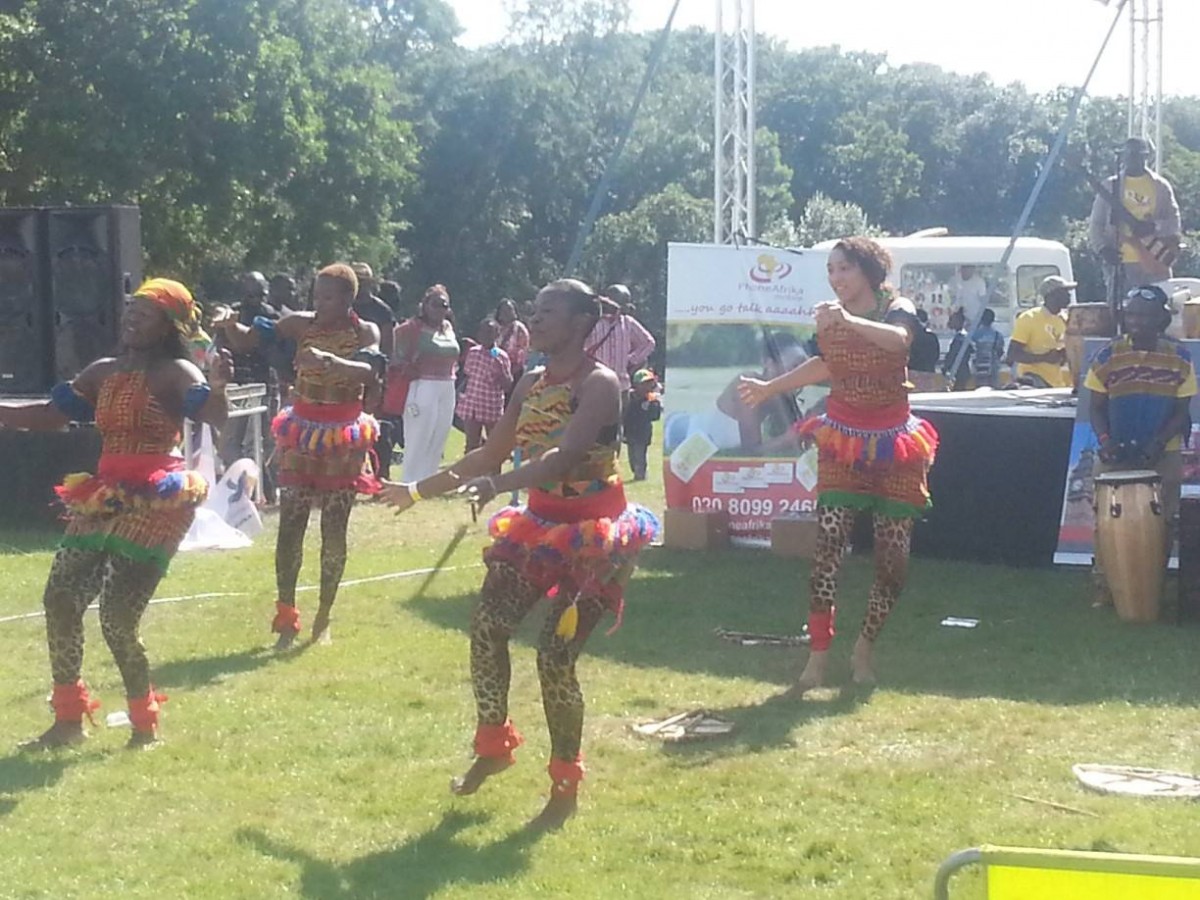